First Fridays Connected, the virtual series, returns with a new format but still bringing you lively discussions, DJ sets, and live music performances wherever you may be. Hosted and Moderated by neuroscientist and science communicator, Dr. Yewande Pearse (February, March) and biomedical scientist and international advocate for science, technology, engineering, and mathematics (STEM) inclusion, Dr. Knatokie Ford (April, May, June). This season we’ll explore Los Angeles at the Intersections.

Los Angeles at the Intersections, a celebration of science and culture. Neighborhood murals reflecting this city’s state of mind, climate activism across all communities, the transforming habitats of humans and animals, and cuisines of the city as L.A.’s cultural signifiers, we’ll find that the ties that connect the city together are strongest at the intersections.

The habitats and environment has changed for humans and animals.  Adapting and changing to make home, home again. 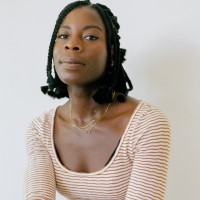 Dr. Yewande Pearse is a neuroscientist and science communicator. She gained her Ph.D. from the Institute of Psychiatry, Psychology and Neuroscience at King’s College London, and is a Postdoctoral Fellow at The Lundquist Institute at Harbor-UCLA. Dr. Pearse hosts a monthly radio show and podcast called Sound Science on Los Angeles’s legendary Dublab radio, and is host of Inside Biotech, a podcast from Biotech Connection Los Angeles. As an advocate for science accessibility, Yewande has spoken at various events at the intersection of science and culture, has appeared as a guest expert in several videos for the meditation app Headspace, and written for TEDMED and Massive Science. 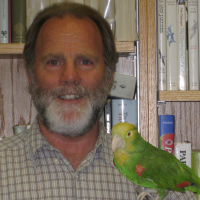 Join NHM’s , Kimball Garrett, Collections Manager of Ornithology, to learn about the collection he oversees and discover details hidden in plain sight. Each month features a different expert to uncover the big mysteries, strange oddities, and untold stories from NHM.

Elle Nucci, owner of EN Events, will be giving you a 10 minute tutorial on how to make the First Fridays Connected monthly cocktail. Elle will be sharing recipes from Los Angeles based mixologists, including her own recipe in February. 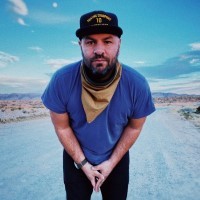 Anthony Valadez is the co-host of KCRW’s celebrated morning music program, Morning Becomes Eclectic. He was voted LA’s Best Club DJ by the LA Weekly’s Reader Poll in 2016 in addition to residencies in Las Vegas, the Natural History Museum (First Fridays) and across Hollywood’s nightlife scene. With 3 full length albums under his belt, he has remixed singles for the likes of Local Natives, Ozomatli and the late great David Bowie. He also co-produced and hosted 3 seasons of Crate Diggers for FUSE TV. He’s the father to a Frenchie and loves long walks on the beach.

What is home in a work-from-home world? How are we performing in work and study, and what social disparities must we now confront? How has it changed the dynamics of domestic life, and how is this all impacting our mental health? Climate crises and the pandemic had, and are having, a different/more pronounced effect on our environment and the creatures in it. Although some wildlife has thrived as we moved off the roads and out of our energy-consuming offices, we also moved more towards nature. Nature has been a source of calm and connection, and an opportunity for social justice for nature groups that focus on intersectionality and inclusion, but how can we continue to cultivate culture around environmental responsibility? 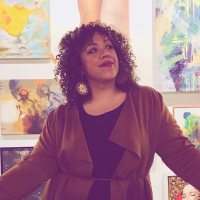 Dr. Jennifer Mullan (Pronouns: She/Her) creates spaces for people and organizations to heal. She believes that it is essential to create dialogue to address how mental health is deeply affected by systemic inequities and the trauma of oppression, particularly the well-being of Queer Indigenous Black Brown People of Color (QIBPOC). In 2019, she founded Decolonizing Psychology, LLC. They seek to create spaces to “call mental health professions IN” (rather than call people out). Through the movement of Decolonizing Therapy, Dr. Mullan can be found providing international keynotes, holding Radicalizing Rage workshops, doing Coaching sessions while un-training mental health professionals, providing Ancestral healing sessions, or spending time with her Goddess cat, Isis. 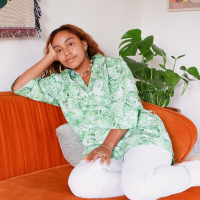 Evelynn Escobar, a Los Angeles based multi-passionate creative, content creator, social activist and founder of an intersectional womxn’s hiking group — named Hike Clerb. Evelynn is a champion of representation and equity for Black and brown womxn from the great outdoors to digital media and beyond. 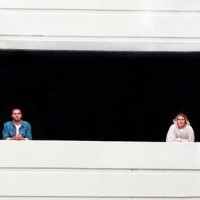 After devoting years to their own projects, Marc Gilfry and Jordan Feller finally came together as Neil Frances in 2016 and realized they were never better than when they were working together. Neil Frances is also hard at work on more new music, building on the creative interplay that has already taken them to unexpected places. “Before Jordan hit me up, I was kind of wallowing trying to make tunes on my own. I couldn’t see my way out of what was good and what wasn’t,” says Gilfry. Adds Feller, “I was a producer first and musician/songwriter second, so I can often see when Marc’s head has exploded and then take that idea to the next step. The most fun stuff is when there are surprises and accidents. There’s a lot of benefit for both of us in that working relationship.”