Los Angeles at the Intersections is a celebration of science and culture: neighborhood murals reflecting this city’s state of mind, climate activism across all communities, the transforming habitats of humans and animals, and cuisines of the city as L.A.’s cultural signifiers. We’ll find that the ties that connect the city together are strongest at the intersections. 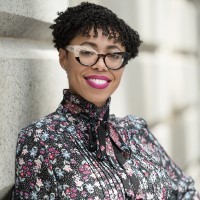 Dr. Knatokie Ford is Founder and CEO of Fly Sci® Enterprise, an education and media consulting organization focused on leveraging the power of storytelling to promote social change. As a biomedical scientist and social entrepreneur, she is an international advocate for science, technology, engineering, and mathematics (STEM) inclusion. Dr. Ford previously served as a Senior Policy Advisor in the Obama White House Office of Science and Technology Policy. 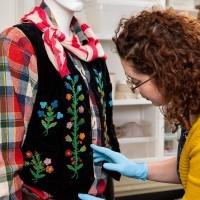 Join NHM’s Marina Gibbons, Assistant Conservator, to learn about the collections she oversees and discover details hidden in plain sight. Each month features a different expert to uncover the big mysteries, strange oddities, and untold stories from NHM.

Elle Nucci, owner of EN Events, will be giving you a 10-minute tutorial on how to make the First Fridays Connected monthly cocktail. Elle will be sharing recipes from Los Angeles-based mixologists. 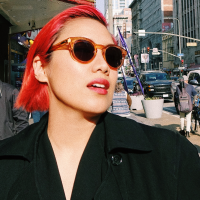 Kim Anh has been a part of underground dance culture for well over a decade, cultivating her own sound from the early styles of house, acid house and techno. From her vinyl collector beginnings, she has gone on to become a globally recognized DJ/producer and singer-songwriter. With releases on influential labels such as EMI, Robert Johnson Live, Gigolo International and Afro Acid, she’s crafted a sound that is uniquely her own. Dubbed by Thump as “L.A.’s club queen”, Kim Anh has made her mark on Los Angeles nightlife. In 2017, LA Weekly profiled Kim Anh in a piece entitled “Kim Anh Looks Beyond the ‘Bro-ification’ of Electronic Music and Nightlife” which noted Kim Anh’s ability to harness music and nightlife culture as a vehicle for activism.

Exploring L.A. murals as they reflect the soul of Los Angeles. How do local murals express a communities’ interest, concerns, and values? The long history of Los Angeles murals is rich, diverse, and celebrated. What role do they play in building community and creating unity for the city and the neighborhoods they represent? How do the murals of Los Angeles mirror the cultural and artistic landscape of the city? 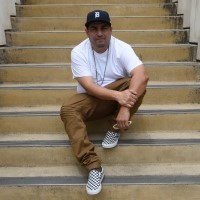 David Flores’ work translates from walls and canvas to large sculpture and product design. Flores is best known for his instantly recognizable mosaic or segmented style. His imagery often depicts famous portraits and Americana. He enjoys participating in a vast variety of mediums to further his catalog. 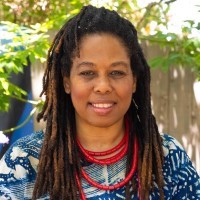 Karen Mack founded LA Commons 20 years ago to leverage the power of arts and culture to empower individuals, build connections and develop communities. The South L.A. based nonprofit implements a range of programs from murals to festivals to tours and beyond, reflecting the unique character of our diverse neighborhoods. 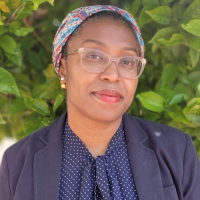 Stacy R. Williams is the Head of the Helen Topping Architecture and Fine Arts Library at the University of Southern California. In this capacity, she supports the teaching, learning, and research needs of Art History, the School of Architecture, Roski School of Art and Design. 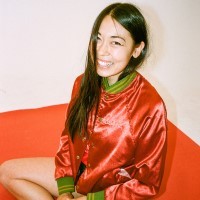 SASAMI (aka Sasami Ashworth) wore many musical hats early in her career: classical musician, string arranger, and synth player for Cherry Glazerr. Under her own name (and on her 2019 self-titled debut album), she crafts songs that are influenced by the sonic textures of shoegaze and dream pop, while fully embracing the confessional nature of modern singer/songwriters. Growing up in Los Angeles, Ashworth played piano and French horn, becoming good enough at the latter that she ended up studying at the Eastman School of Music. When she graduated in 2012, she started a dual life as an elementary school music teacher by day and an in-demand musician by night. It’s inspiring to hear a woman who spent years playing other people’s music finally tell her own story. And it’s a feeling she says she wants to pay forward, just as her students and so many women in her life—like recent tourmates Mitski, Snail Mail, and Japanese Breakfast—have empowered her. Which is another way of saying that even in its saddest moments, SASAMI will put a little bounce in your step.